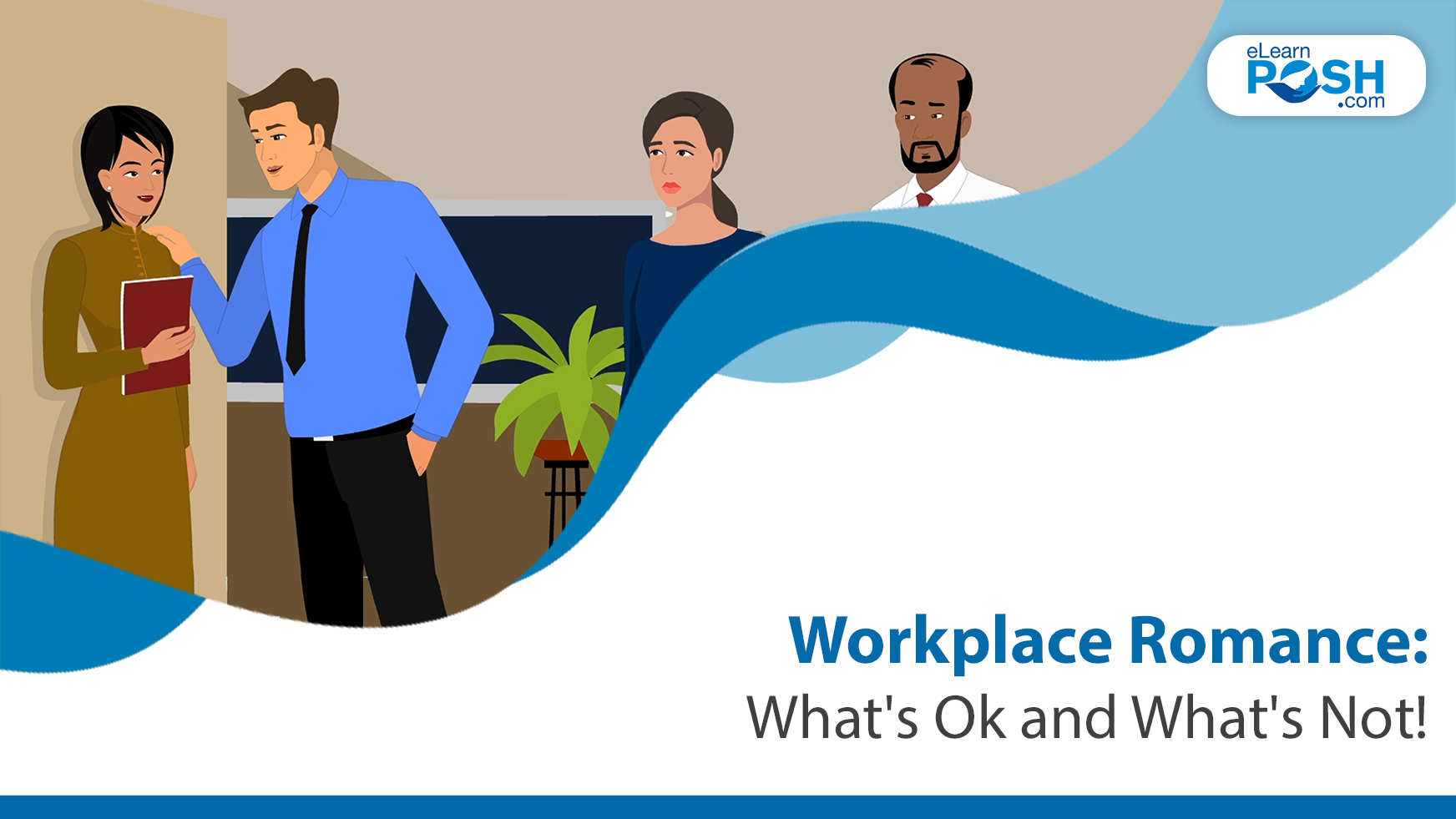 A pragmatic look at Workplace Romance

A mutual relationship between two consenting adults can itself be an issue if they engage in public display of affection creating a hostile work environment for the others. This can even encourage other employees to display behaviours that can be perceived as sexual harassment.

For example, an individual who constantly sees a couple’s intimate behaviour may get used to it and feel that such behaviours are acceptable. He may start speaking in a sexually explicit manner to others or pressurise his co-worker to go out with him. These behaviours fall under the purview of sexual harassment.

It is natural for two people to like each other and get into relationship when they interact with each other on a daily basis. Like how people fall in love with each other at colleges or social gatherings, people also develop feelings at workplace. As you can see, this cannot be avoided or banned. However, the situation becomes tricky when the relationship is between a supervisor and a subordinate. There can be cases of conflict of interest, favouritism and non-professional decisions.

It is highly likely for romantic relationships to hamper objectivity in employment decisions. Alternatively, if the supervisor promotes their romantic partner, even if it is for fair reasons, other employees who are eligible for promotion can accuse the supervisor of discrimination and quid pro quo. Perception of discrimination from other employees can affect employee morale and relationship between peers.

Click here to watch our video on Quid pro quo.

So, it is advisable not to date a supervisor or a direct reportee. But as mentioned before, it is not always possible. If two people in the chain of command start dating, the best thing is to take action immediately. Know what the organization’s policy says about workplace romance and follow the procedure. If the organization does not have such a policy in place, inform the concerned persons so that the direct report is transferred to a new team. This reassignment should be done in such a way that the one with the authority in the relationship cannot take employment decisions for the subordinate.

A serious downside of workplace romance arises when the relationship turns sour. Several times, employees end up filing sexual harassment complaints against their former partners who are also their co-workers. This can be in several forms.

For example, one party has completely moved on from the relationship while the other tries to continuously attempt to get them back by stopping by at their desk or talking about the relationship with other co-workers. There are instances where people gossip or speak ill about their former partners to other co-workers. Know that the sexual harassment complaint can hold the management liable if a supervisor retaliates against their former partner in the form of termination, demotion or other negative employment decisions.

It is difficult to encounter a breakup. Nevertheless, since the former partner is a co-worker, it is important to maintain professionalism at all times. Employees should update those who know about the relationship, that it is over to avoid teasing and similar awkward situations. Avoid speaking about the relationship in detail with colleagues and maintain nothing but professional interactions with the former partner.

To sum up, we are humans and cannot control who we fall in love with. If an employee has fallen in love with their colleague, here are few things employees should keep in mind. Firstly, be completely professional about it. Do not engage in intimate behaviours and flaunt the relationship.  Employees should not try to take the relationship forward unless it is completely consensual. Take steps to ensure that the relationship does not affect the job in anyway. Finally, be sure that you have followed the organization’s rules regarding this.

Check out our blog on How do organizations handle Workplace Romance?