Contents hide
1 What is Retaliation?
1.1 Why Does A Harasser Retaliate?
1.2 Preventing Retaliation 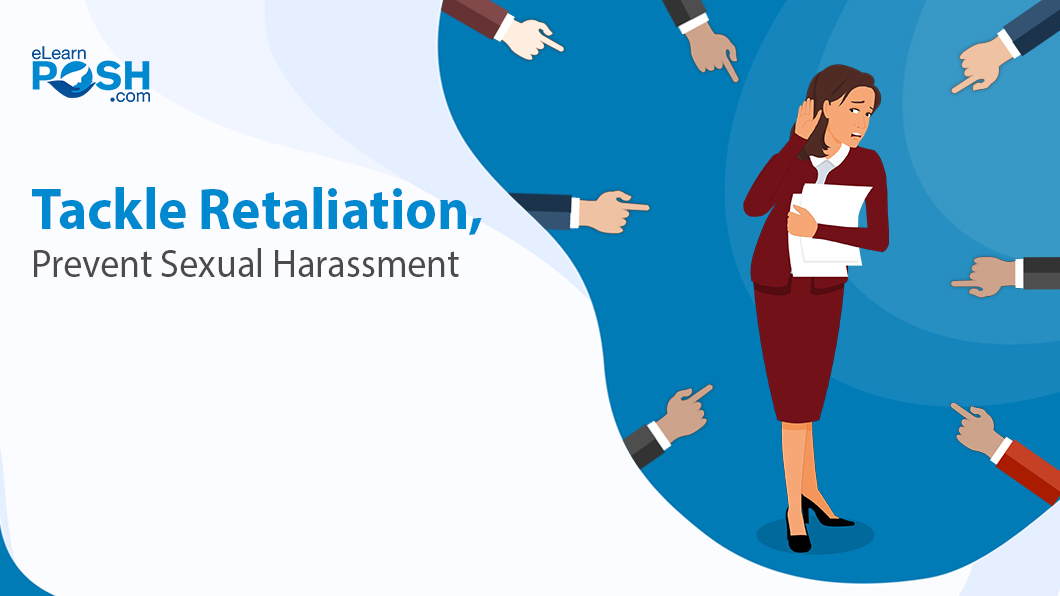 In a study conducted on the female working population of US, 44 percent of the participants reported that they have experienced some form of sexual harassment at work, but only 12 percent agreed that they have reported it. These statistics remain relevant for the whole globe although it was a study conducted exclusively in the US. The primary reason for the low rate of reporting is the fear of retaliation.

It is any punishing behavior from the accused harasser towards the complainant for filing a complaint, witnesses for testifying against the respondent or those who support the complainant in any form. Various ways in which retaliation can occur are: 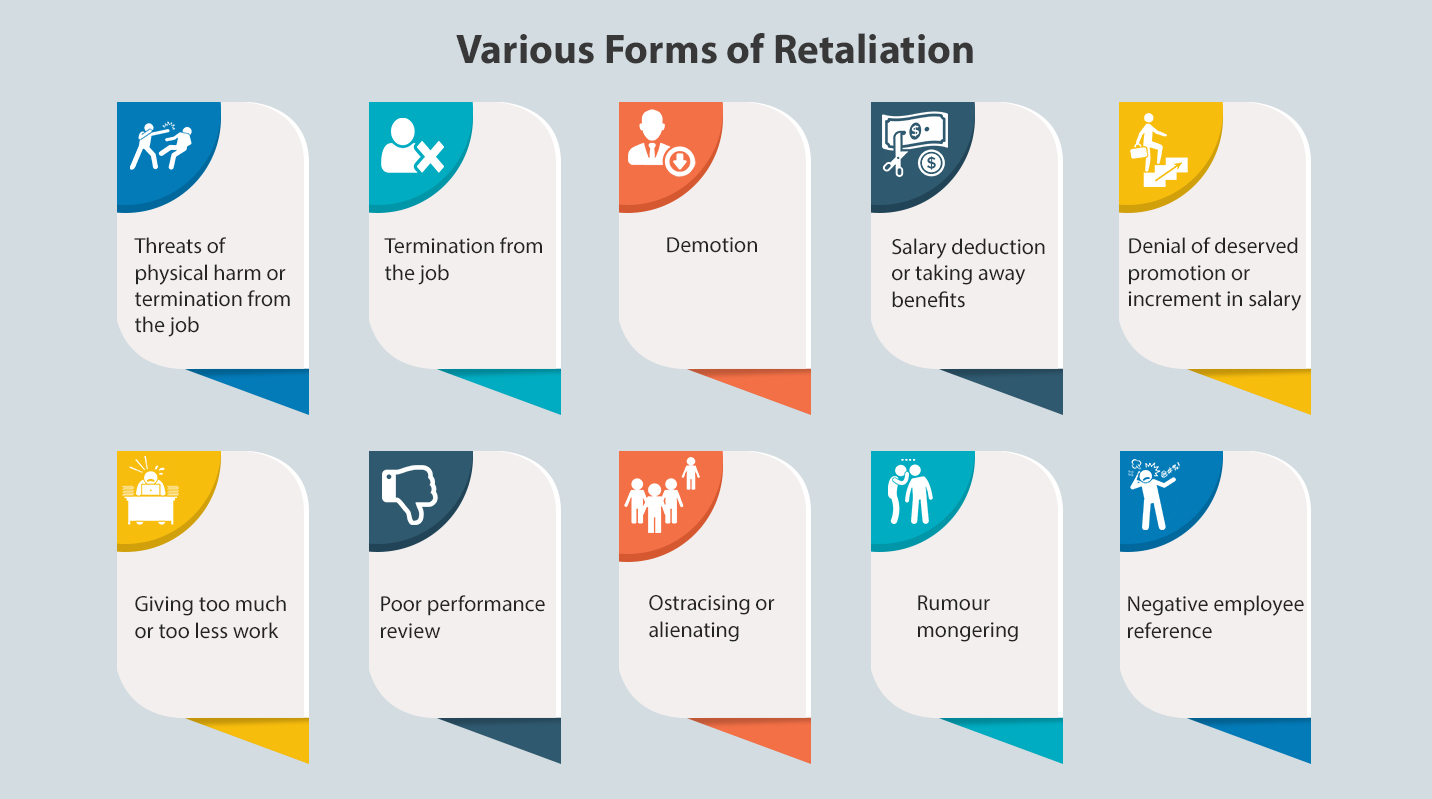 An act can be declared retaliatory if

Several studies suggest that sexual harassment complaints are often followed by retaliation. Chances are even more when the accused is in a position of authority and represents the organization, manager or director for example. The most serious problem with this is, incidents of sexual harassment go unreported because of the fear of retaliation, which in turn increases the number of incidents. This is a vicious circle that has to be broken.

Why Does A Harasser Retaliate?

Firstly, the organization has not really assured that complainant will be protected from retaliation. Unless the company has a reputation of “free of retaliation”, harassers have loopholes and can make excuses after retaliating. While tangible employment actions can be concrete evidences, ostracizing or snubbing cannot.

Another reason is the fear of termination. Often, organizations send the message that harassers, regardless of the severity of incident, will be terminated. They may even feel that the complainant is blowing things out of proportion and they will lose the job because of it.  Finally, the entire management may retaliate against a complainant if the harasser is from a senior position because they do not want to lose an efficient leader. They do not want a “mere personal issue” between two employees affect business or ruin organization’s reputation and so, would like to suppress it.

Firstly, the organization should have a zero-tolerance policy on retaliation. It should be laid down on black and white that the organization does not tolerate retaliation and appropriate actions will be taken against anyone who retaliates. The policy should include clauses of how the organization can protect a complainant against retaliation; by moving the accused to another location for example.

While a policy helps, one thing to be kept in mind is that prevention of retaliation is far more effective than remediation. Even if the company assures that action will be taken against retaliation, there is still possibility for retaliation, which can scare an employee away from reporting. Preventing retaliation is the most effective way to prevent harassment issues going unreported.  A solution to this is including messages about organization’s policy against retaliation in the regular training on Prevention of Sexual Harassment. Harassers should know that it is not retaliating but restraining from committing an offence that can save them.

Like mentioned above, harassers sometimes retaliate because of the fear of losing job. While a zero-tolerance policy is appreciated, termination should not be the result of all kinds of sexual harassment. Disciplinary actions should be proportionate to the severity of the offence. Most complainants want the harassing behavior to be stopped, rather than the harasser to be punished severely. Some employees may even not report harassment fearing that the harasser may be severely punished. It is also important that all the details about the complaint, investigation and actions taken should be kept as confidential as possible.

We have seen that the entire management also retaliates, so as to silence two or three complainants. But not everyone would stay quiet after retaliation, definitely not forever. This is what #MeToo movement taught us. At some point somebody would speak up and this encourages the others too. All the effort by the management will go in vain if people start speaking up. It is always advisable to prevent harassment, rather than to fight the consequences and silencing the victim.

The employer and the IC have complete responsibility to prevent retaliation.  Effective training, respectful behaviour towards the complainant and swift and appropriate action are the key to preventing retaliation. When an employer is genuinely concerned about employee welfare, employees are less likely to resort to litigation. This sends a strong message to the potential harassers as well.

Click here to watch our video on Asking a female colleague for coffee.