According to the POSH Act, any of the following unwelcome behaviors is defined as sexual harassment:

It is also considered sexual harassment if any woman employee is subjected to any of the following:

The POSH Act defines workplace as “any place visited by the employee arising out of or during the course of employment including the transportation facilities provided by the employer”. This includes:

With working from home becoming the new normal due to the Covid impact, Corporate India has seen a shift in the concept of workplace. Since the majority of the workforce started working from home, the boundary between office and home is practically non-existent. Is home considered as a workplace? Yes!

POSH Act recognizes home as workplace because it is a “place visited by the employee arising out of during the course of employment”. This means if employee is subjected to sexual harassment when working from home, her organization is obligated to redress the grievance.

This is significant because there was an increase in sexual harassment cases when people started working remotely. Stalking, sharing of inappropriate images and videos, Zoom bombing, sexist or derogatory WhatsApp messages, pressurizing lady employees to come on video calls are some of the many ways employees were subjected to harassment when working from home.

Courts in India have also made observations emphasizing that home of the employee is covered under workplace when working from home.

“It is imperative to take into consideration the recent trend which has emerged with the advent of computer and internet technology and the advancement of information technology. A person can interact or do a business conference with another person while sitting in some other country by way of video conferencing. It has also become a trend that the office is being run by CEOs from their residence. In a case like this, if such an officer indulges in an act of sexual harassment with an employee, say, his private secretary, it would not be open for him to say that he had not committed the act at ‘workplace’ but at his ‘residence’ and get away with the same.”

An employer is any person discharging contractual obligations with respect to his or her employees. As per the POSH Act, here are the three definitions of employer: 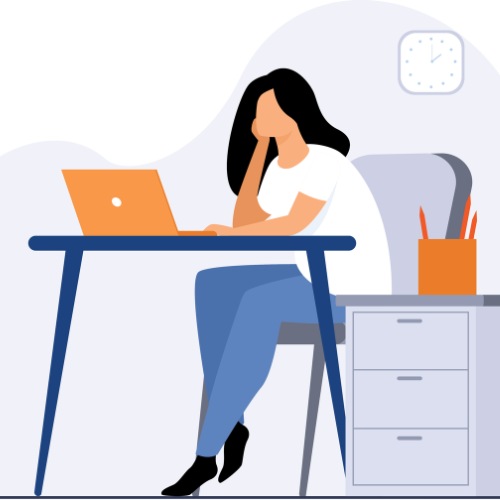 The Sexual Harassment of Women at Workplace (Prevention, Prohibition and Redressal) Act, 2013 was enacted as an attempt to ensure a woman’s right to live with dignity and the right to carry out any occupation. The POSH Act provides protection against sexual harassment for every woman who has visited a workplace. That means, a woman can complain if she faces sexual harassment in her workplace or a workplace of another person.

POSH Act is also applicable to every public/private establishment that carries out any commercial, vocational, educational, entertainment, industrial or financial activities in the whole of India. This includes organized and unorganized sector and non-governmental organizations. Yes, the maid who works in your home is protected by the POSH Act.

In a landmark judgment for the case “Dr. Malabika Bhattacharjee vs. Internal Complaints Committee, Vivekananda College”, the Honorable Justice Sabyasachi Bhattacharyya of the High Court of Calcutta remarked:

"There is nothing in Section 9 of the 2013 Act to preclude a same-gender complaint under the Act."

“...it might seem a bit odd at the first that people of the same gender complain of sexual harassment against each other, it is not improbable, particularly in the context of the dynamic mode which the Indian society is adopting currently, even debating the issue as to whether same-gender marriages may be legalized."

“If section 3(2) is looked into, it is seen that the acts contemplated therein can be perpetrated by the members of any gender, even inter se“.

Local Committee (LC) is a body formulated according to the Section 6 of the POSH Act which states that the District Officer must form the Local Complaints Committee for the respective district.

LC will receive and redress complaints of sexual harassment from:

The District Officer will nominate the following members to the Local Committee:

The District officer will keep the following in mind when constituting the LC:

The jurisdiction of LC extends to the areas of the district where it is constituted.

All the Local Committee members are entitled to an allowance for holding the proceedings. The District Officer is responsible for this payment.

Every LC member will hold the office for a period of three years since the date of their appointment. However, an LC member can be removed from the position before their term if he/she:

Anybody can become a victim of sexual harassment. As per the POSH Act, any aggrieved woman who is:

The person against whom a complaint is filed is called the respondent. The respondent can be an employee of an organization or a third-party.

The complainant should submit a written complaint to the IC/LC.

Apart from registering a complaint with the Internal Committee or the Local Committee, POSH Act allows the aggrieved woman to file a police complaint also.

Section 19 (g) of the POSH Act states that the employer must “provide assistance to the woman if she so chooses to file a complaint in relation to the offence under the Indian Penal Code (45 of 1860) or any other law for the time being in force;