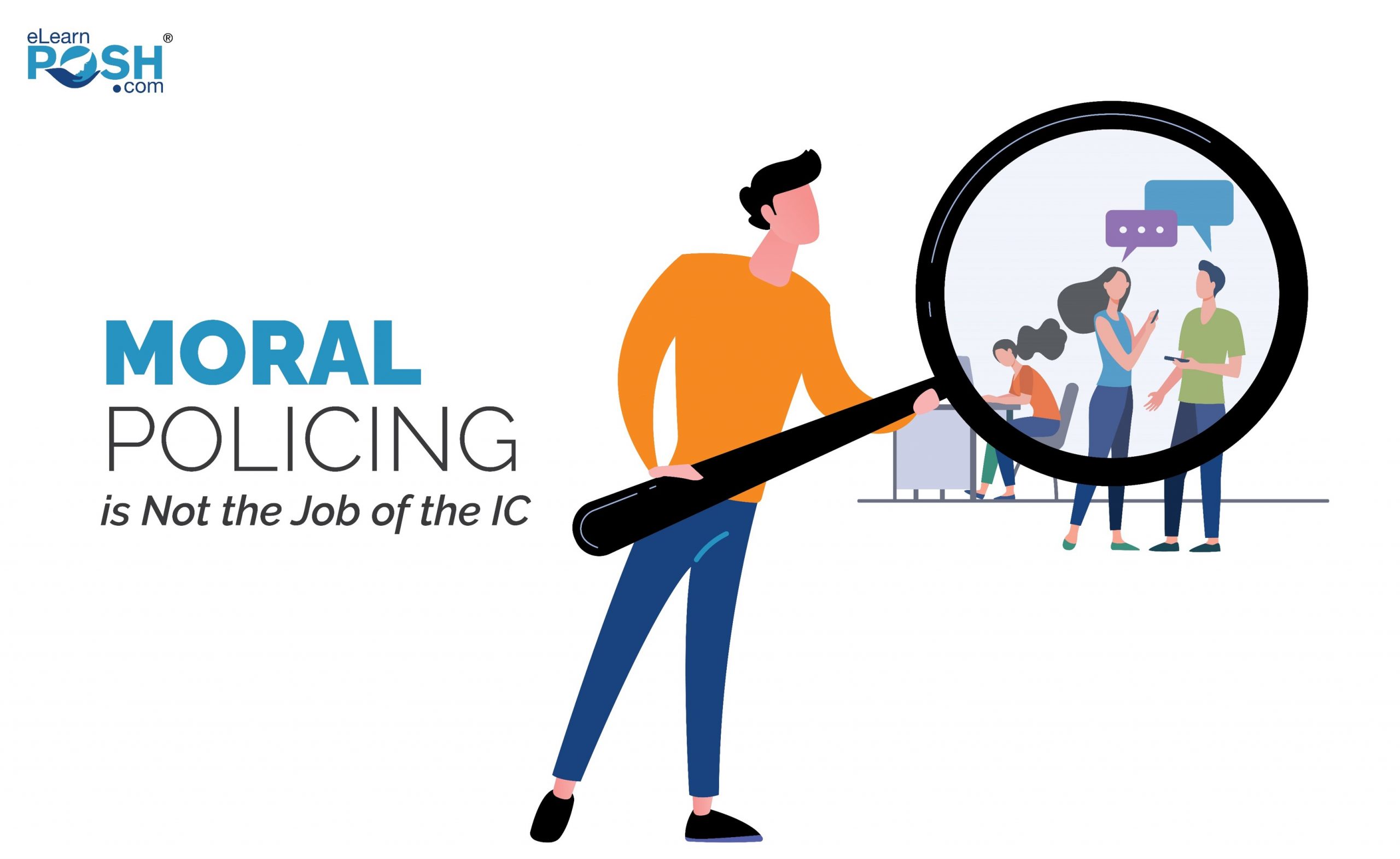 Complainant filed a case of sexual harassment against her co-worker before the Internal Committee (IC) of her workplace.
The IC conducted the inquiry and rejected the complaint. Their findings were:

Based on this report of the ICC, the employer issued a chargesheet against the complainant and the respondent.

Complainant goes to court by filing a Writ-Petition

Aggrieved by the recommendations of the IC and the resultant chargesheet, the complainant filed a writ petition.
She argued that  upon the allegation being rejected, the IC can merely close the enquiry. IC recommending disciplinary action against her for unbecoming conduct is in contrary to the Section 13(2) of the POSH Act.

(2) Where the Internal Committee or the Local Committee, as the case may be, arrives at the conclusion that the allegation against the respondent has not been proved, it shall recommend to the employer and the District Officer that no action is required to be taken in the matter.

She, further, submits that she does not wish to challenge IC’s conclusion, as long as the court sets aside the recommendation made by the IC.

IC Has No Jurisdiction to Recommend Disciplinary Action

The Court commented on the jurisdiction of IC. It opined that the IC does not have the jurisdiction to recommend the employer to take disciplinary actions against the complainant and the respondent for indulging in unbecoming behavior.
The power of the ICC to hold the enquiry and give a report ought to be within the scheme and the four corners of the statute itself. If a case of sexual harassment is not made out, the ICC can only conclude that no action is required to be taken. On the other hand, if a case of sexual harassment is made out, then the recommendation of the ICC can only be for taking appropriate action for misconduct, in accordance with the provisions of the service rules as contained within Section 13(2) and 13(4) of the Act.

It is not contemplated within the provisions of the Act that while holding that no action is to be taken and the complaint is to be rejected, the ICC can direct for suitable action on the ground that the parties have indulged in an inappropriate conduct. Such a determination and consequential recommendation is beyond the jurisdiction of the ICC.

Setting aside IC’s recommendation to take action against the complainant and the respondent, the court quashed the resultant chargesheet.
Under these circumstances, this Court has no hesitation in holding that the last paragraph of the recommendation of the ICC, which comments on the conduct of the parties and recommends to the competent authority to take action against the Petitioner and Respondent No. 3, for their inappropriate disciplinary conduct, is not tenable and is liable to be set aside.
Further, in view of the fact that one of the factors leading to the chargesheet dated 15th April, 2017, was the recommendation of the ICC, the chargesheet which seeks to take disciplinary action against the Petitioner is liable to be quashed and is ordered accordingly.

Check out our POSH for IC Members Annual Subscription program.

Remarkable Observations by the Court

It is only if a complaint is made of sexual harassment under the Act that the Management can constitute the ICC to enquire into the same.
The ICC cannot make comments on the personal conduct of the parties and the ICC’s jurisdiction would be restricted to the allegations of sexual harassment and whether a complaint is made out or not, to that effect.

Reference: Bibha Pandey vs. Punjab National Bank and Ors.
Get answers and FREE consultations for all your POSH related queries. Click here to Join our ‘Not-for-profit’ LinkedIn group.