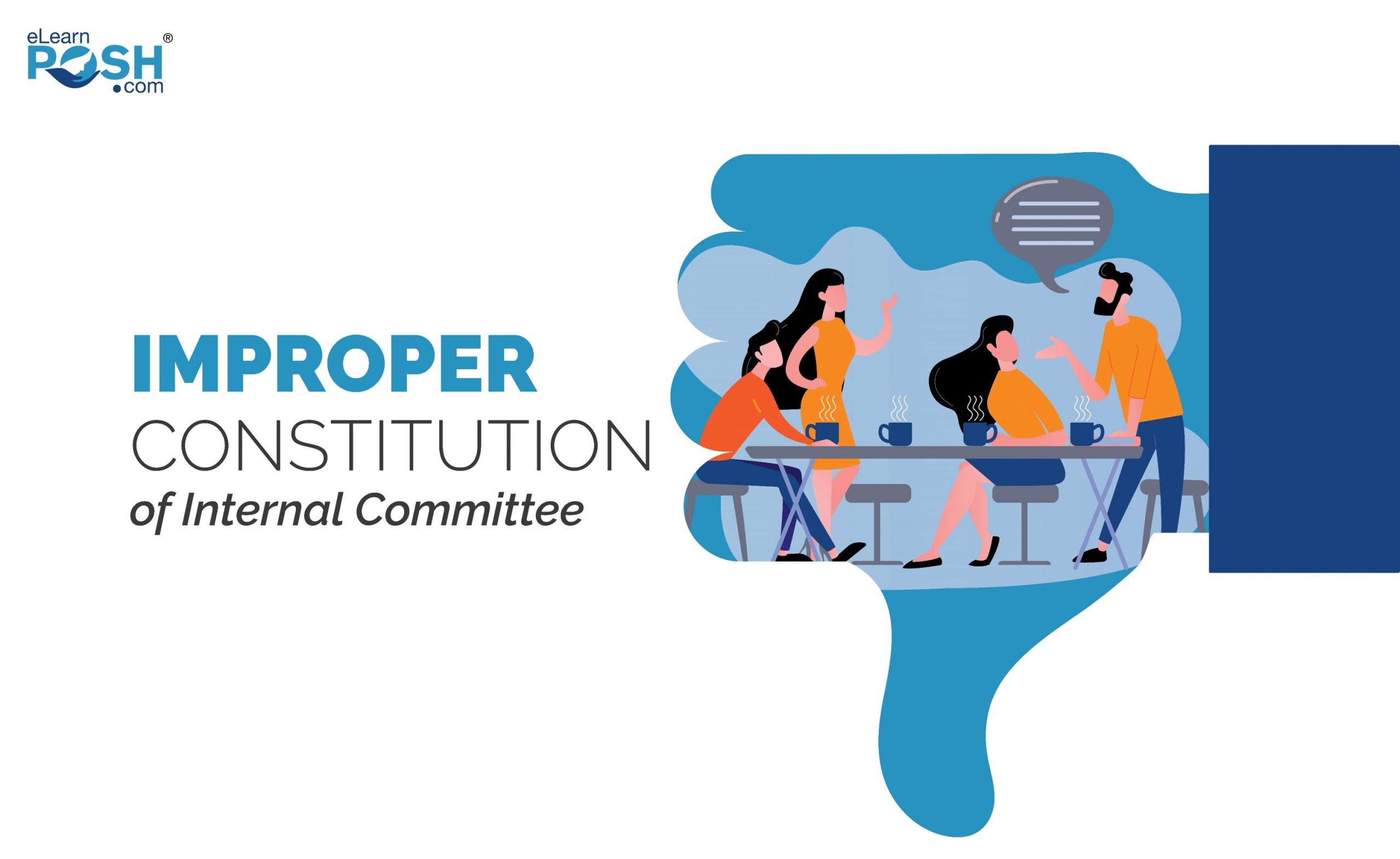 Details of the complaint

A student (hereafter referred to as complainant) of a Technical Institution complained of sexual harassment to the institution’s Internal Committee. The Internal Committee conducted the inquiry and submitted the inquiry report. However, the complainant was dissatisfied with the complaint since the Internal Committee was not formed according to the appropriate provisions of the All India Council for Technical Education (Gender Sensitization, Prevention and Prohibition of Sexual Harassment of Women Employees and Students and Redressal of Grievances in Technical Educational Institutions) Regulations, 2016 (hereafter referred to as Regulations).

Referring to the Regulations, the complainant argued that the Internal Committee must constitute of

The Internal C that looked into the complaint did not have members prescribed by the Regulations.

Judgment and Observations by the Court

Internal Committee is Not in Compliance with the Regulations

The court agreed with the complainant that the Internal Committee was not in compliance with the Regulations.

The Presiding Officer of the Internal Committee was appointed as per the Regulations. However, there was only one non-teaching staff, instead of two. The three student members were appointed but there were not present as and when required for inquiry. In addition, the appointment of the External Member is not in compliance with the Regulations.

“From the contents of the aforesaid paragraphs, we agree with Ms. Collasso that the three students were not involved at all stages of the inquiry. To that extent, there was infirmity in the constitution of the Committee.”

“In so far as clause (d) of Regulation 4(1) of the said Regulations is concerned, it is the case of Respondents No.1 and 3 that Prof. Nila Nayak, Senior HR Professional with 20 years experience (External Member) was made part of the ICC. However, there is nothing on record to indicate that Ms. Nila Nayak was a member of some non-government organizations or associations committed to the cause of women or a person familiar with the issues relating to sexual harassment. Besides, the affidavit states that Ms. Nila Nayak was a Professor at the Institution. According to us, therefore, there is no compliance with sub-clause (d) of Regulation 4(1) of the said Regulations, as well.

Referring to  the case of Ruchika Singh Chhabra vs. M/s. Air France India, the court also emphasized on the importance of an External Member in the Internal Committee.

“The importance of having an an external member from amongst the non-government organizations or associations committed to the cause of women or a person familiar with the issues relating to sexual harassment has already been highlighted by the Division Bench of Delhi High Court in the case of Ruchika Singh Chhabra vs. M/s. Air France India and another, LPA 237/2018 dated 30th May, 2018. This was, no doubt, in the context of the provisions of the Sexual Harassment of Women at Workplace (Prevention, Prohibition and Redressal) Act, 2013. However, according to us, the observations made by the Division Bench of the Delhi High Court will equally apply to the said Regulations, with which we are presently concerned.”

Hence, the court ordered to set aside the inquiry report.

“We, therefore, agree with Ms. Collasso that the constitution of the ICC was not in accordance with Regulation 4 of the said Regulations. On this short ground, the report of the ICC dated 12th February, 2019, is required to be set aside and is, hereby, set aside.”

The court also directed the Institution to comply with the Regulations.

“We also direct Respondents No.1 and 3 not only to provide for a grievance redressal mechanism and appeal mechanism, consistent with the provisions of the said Regulations, but, further, to inform the students and the employees about the availability of the same again, within a reasonable period.

We also recommend that Respondents No.1 and 3 take cognizance of the provisions in Regulation 3(1)(j) and consider organizing regular orientation or training programmes for the members of the ICC to deal with complaints, steer the process of settlement or conciliation, etc., with sensitivity, which such issues demand.”