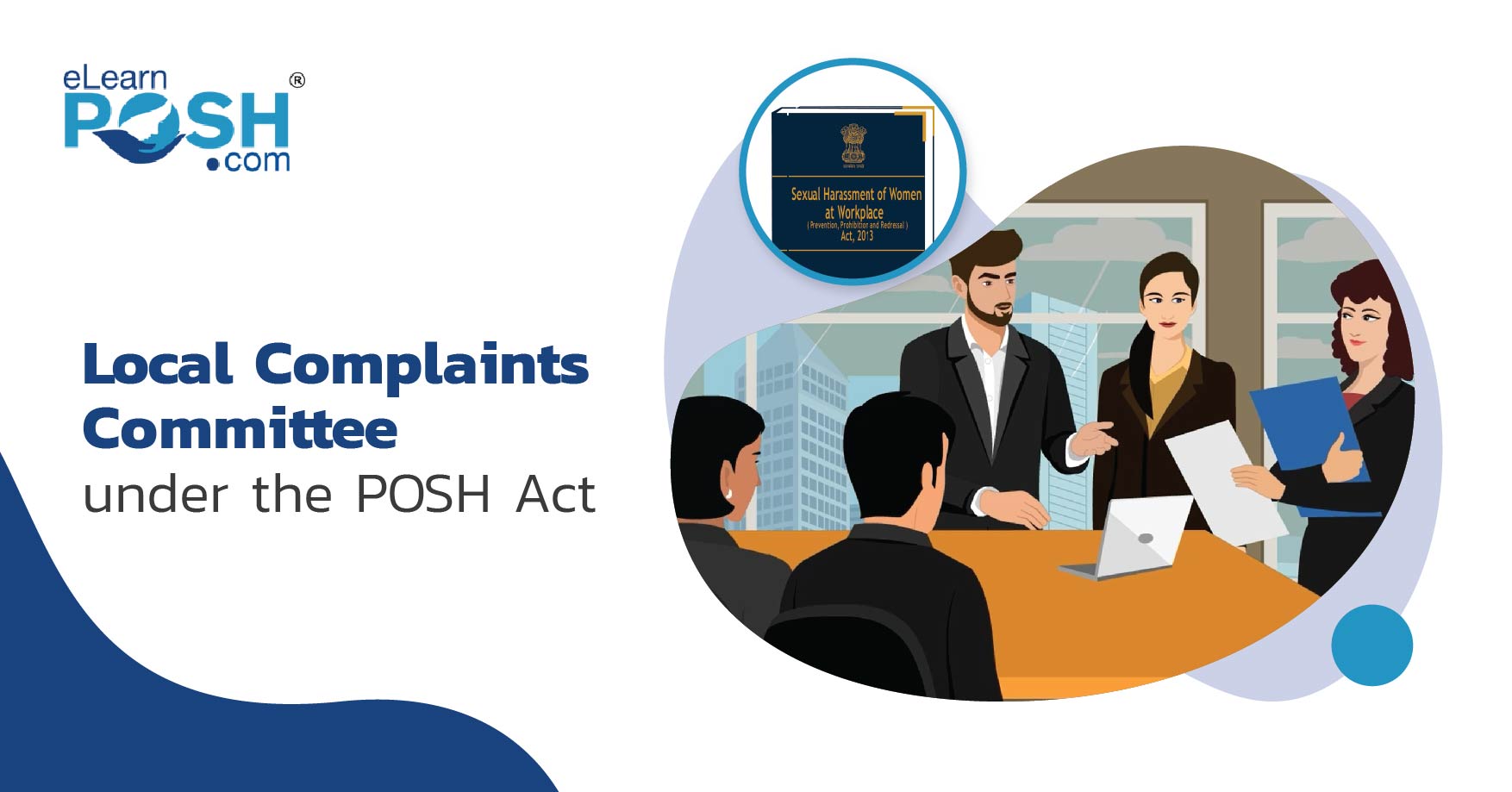 We know that the Sexual Harassment of Women at Workplace (Prevention, Prohibition and Redressal) Act, 2013, commonly called the POSH Act, mandates every organization that has ten or more employees to formulate an Internal Committee (IC) to receive and redress complaints of sexual harassment against women at workplace.

Does it mean that only employees of organizations that has at least ten employees receive the protection of the POSH Act?

Should women working in the unorganized sector file a complaint with the police if they face sexual harassment at work?

This is where the Local Complaints Committee comes into picture.

The POSH Act is very comprehensive and has ensured that every women employee is covered. The Local Complaints Committee is formed to ensure protection against sexual harassment for women employees working in organizations that have less than 10 employees. This blog gives a detailed information about the formation of LCC and its working.

What is Local Complaints Committee?

The jurisdiction of LCC extends to the areas of the district where it is constituted.

The Local Complaints Committee should have a minimum of  five members and at least 50% of the members must be women. The LCC must consist of

All members of the Local Complaints Committee are nominated for a three-year term from the date of their appointment.  However, an LCC member can be removed from his/her position before the tenure if he/she:

In such case, the member has to step down and the resultant vacancy has to be filled with an individual who possesses the qualification to be in the position.

How can you file complaints with LCC?

The District Officer will appoint a nodal officer in every block, taluka and tehsil in rural or tribal area and ward or municipality in the urban area. If a woman working in unorganized sector or in an organization that has less than 10 employees faces sexual harassment, she can send six copies of the complaint along with evidence and details of witness to the nodal officer. The nodal officer must forward the complaint to the LCC within seven days.

Where can Sunita file a complaint if there is no Local Complaints Committee?

In the absence of a Local Complaints Committee, any woman who has faced sexual harassment can file a complaint with the police.

Upon the completion of the inquiry, the LCC will submit an inquiry report to the District Officer. The report will contain its findings and recommendations of the actions to be taken against the guilty. A copy of the same is shared with the complainant and respondent.

The Chairperson and the two members from the NGO/association are entitled to a remuneration for holding the inquiry proceedings of the Local Complains Committee.

Just like the Internal Committee, the LCC must submit an Annual Report to the District Officer every calendar year. The report must contain the following information:

To locate the LCC of your district, either contact the District Officer or refer to notification made by your district administration.

Get answers and FREE consultations for all your POSH related queries. Click here Join our ‘Not-for-profit’ LinkedIn group.