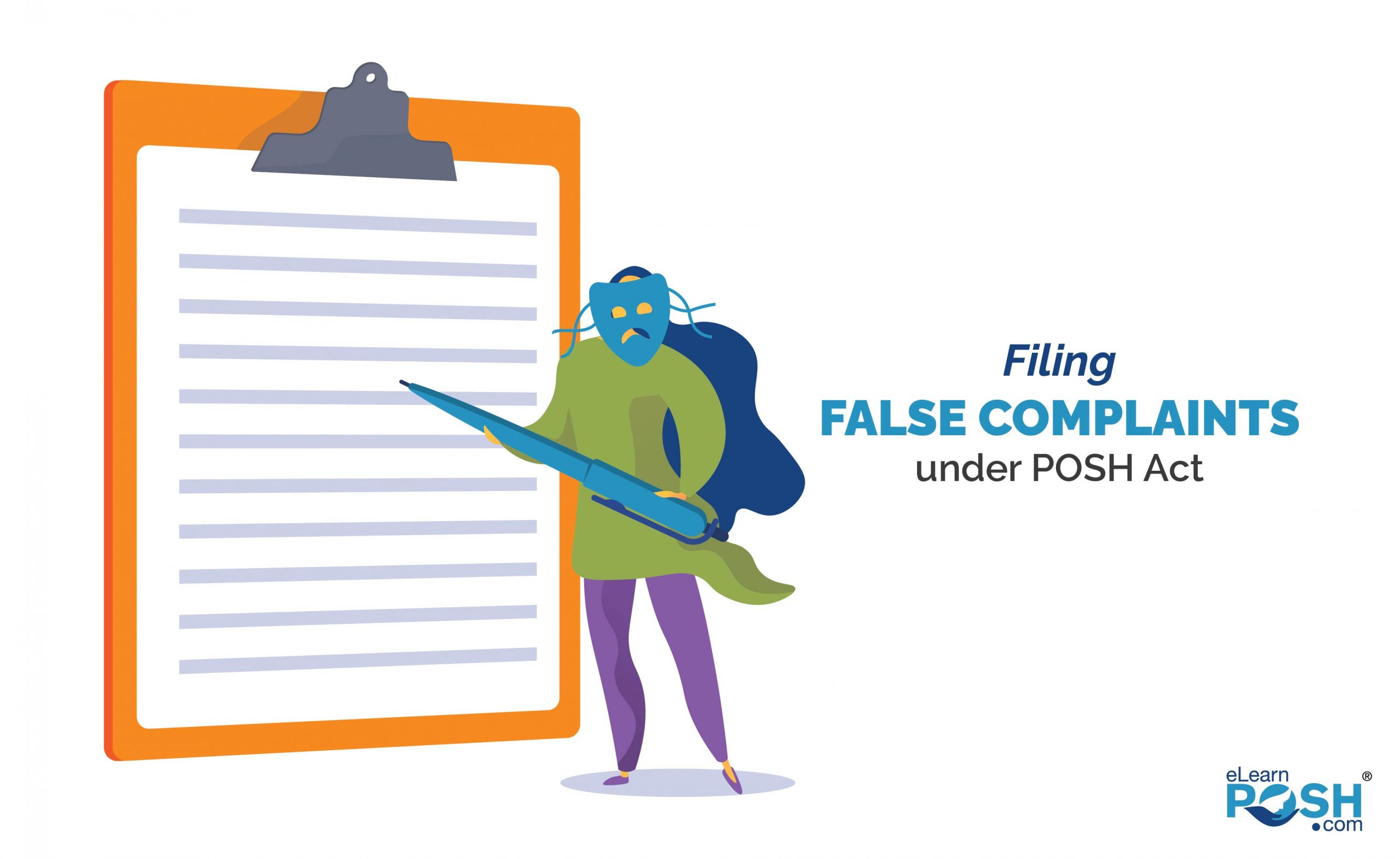 The number of women entering Indian workforce has increased with time. It is important that their safety is taken care of to ensure a diverse and inclusive workforce. Sexual Harassment of Women at Workplace (Prevention, Prohibition and Redressal) Act 2013 also known as the POSH Act was implemented with this aim and it attempts to prevent sexual harassment and provide a speedy and effective redressal of sexual harassment complaints.

However, it is unfortunate to see that many misuse the law in the form of false complaints.

While it is important that the Internal Committee must provide all support to a woman if she experiences sexual harassment at workplace, this must not be at the cost of an innocent individual. But it is not always easy to distinguish between a genuine and a false complaint. To ensure that an innocent person is not penalized, the IC must handle every complaint with care and caution.

What are False Complaints?

Section 14 (1) of the POSH Act talks about false complaints and punishment for the same.

How can IC Decide Whether a Complaint is False or Not?

IC must not be prejudiced against any complaint and should treat every complaint with the same level of seriousness. Even if IC suspects the credibility of a complaint, they must accept it and initiate inquiry in an unbiased and neutral manner. Only if the IC finds evidence to prove that the complainant had a malicious intent when filing a complaint, the IC can recommend punishments against the complainant.

“Provided further that the malicious intent on part of the complainant shall be established after an inquiry in accordance with the procedure prescribed, before any action is recommended”

It is important to note that inability to substantiate a complaint or provide adequate proof will not automatically prove that the complaint was false.

Section 14(1) of the POSH Act also observes the following:

“Provided that a mere inability to substantiate a complaint or provide adequate proof need not attract action against the complainant under this section:

What are the Penalties of False Complaints?

If it is proven that a person has made false complaint, the penalties awarded should be in accordance with the service rules. In case, no such service rules exist, based on the severity of the complaint, any of the following penalties can be awarded to the guilty:

How can an Organization Prevent False Complaints?

The above-mentioned are measures the IC must take if an employee submits a false sexual harassment complaint. The IC will not have to go through the whole procedure if it can prevent the misuse of Act through false complaints.

But this not easy considering that if a false complaint is filed with an aim to harm someone, it is highly likely that the person has pre-planned it after knowing the consequences. However, there are a few tips that the IC can consider that will keep most of the false complaints at bay: